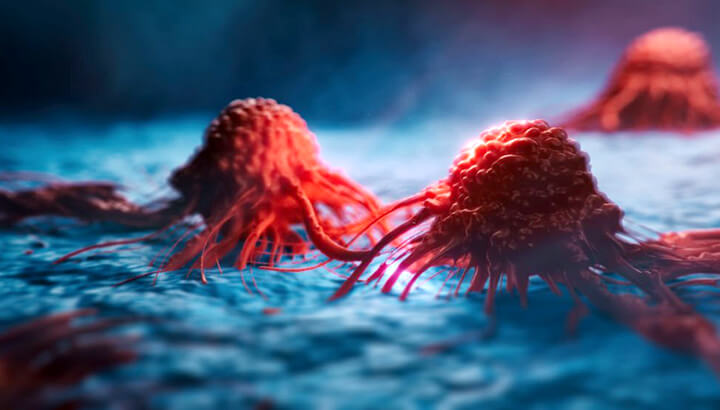 Skin cancer is the most diagnosed malignancy across the world. Though most cases are preventable, skin cancer can greatly affect the quality of life, and can even cause death. The yearly incidence of skin cancer is higher than that of all other cancers combined. In India, skin cancers account for about 1-2% of all diagnosed cancers. Exposure to direct sunlight is related to the risk of the development of skin cancers. Despite awareness and screening measures, the increased rates of skin cancer raise concerns for both patients and the healthcare system.

The skin is the largest organ in the body. It has a discrete structure and is made up of mainly three layers: epidermis, dermis, and hypodermis. The skin primarily acts as a physical and biological barrier against irritants, allergens, and the external environment. Additionally, it prevents the loss of water and helps maintain internal homeostasis.

Skin cancer occurs when the normal skin cells undergo mutations (changes) in their DNA and begin to grow out of control. These abnormal changes in the cells may initially lead to a pre-cancerous stage.  In some cases, these pre-cancers cells turn into invasive cancers that can spread to other parts of the body and can be fatal.

The main types of skin cancers are:

Abnormal changes or lesions in the skin are the warning signs of skin cancers.


The signs and symptoms of each type of skin cancer are usually different, such as:

Though the exact cause of skin cancer is not clear, the ultraviolet (UV) radiation found in sunlight and the lights used in tanning beds is found to increase the risk of skin cancer. Intense exposure and cumulative, long-term exposure to UV radiation may damage the skin cells leading to cancer.

Factors that might increase the risk of skin cancer include the following:

Initially, the signs and symptoms, medical history, and family history of the patient are reviewed. Based on the appearance of the skin lesion, a biopsy of the suspicious skin area may be recommended to confirm the diagnosis.

Biopsy: A sample of tissue is collected from the suspected area and is examined under the microscope to determine any abnormalities. A biopsy can be done in one of the several ways, including:


When skin cancer is confirmed through biopsy, other imaging tests like computerized tomography (CT) scan or magnetic resonance imaging (MRI) scans may be recommended to determine whether the skin cancer has spread to other body parts.

Basal cell and squamous cell carcinomas rarely spread to other parts of the body. The melanoma staging is done using the TNM staging system. It provides detailed information about:


The staging for skin cancer includes:

Based on the type of skin cancer, its stage, size, and location, the patient can be treated with the following treatment modalities:

Surgery: It is the mainstay of treatment for both melanoma and non-melanoma skin cancers. Depending upon the type, size, and stage of cancer, any of the following surgeries may be recommended:


Radiation therapy: It involves the use of high-energy X-ray beams to kill cancer cells. It is usually recommended for advanced-stage skin cancers and for tumors that cannot be completely removed during surgery. For skin cancers, radiation therapy is given either externally by using an external machine or internally by placing a radioactive substance near the tumor.

Chemotherapy: It involves the use of potent drugs to destroy rapidly growing cancer cells in the body. These drugs interfere with the process of cell division and promote cancer cell death. In cancers that are limited to the top layer of skin, these drugs are applied topically (directly to the skin). For advanced cancers, chemo drugs are injected into a vein (IV).

Targeted therapy: Targeted therapy involves the use of specific drugs to identify and destroy skin cancer without causing much damage to the normal cells. These drugs are used to treat melanoma and some non-melanoma skin cancers, and also in rare cases of advanced basal cell carcinoma treatment.

Immunotherapy: It involves the use of certain medicines to boost a person’s immune system to find and destroy the cancer cells. Checkpoint inhibitors and cytokines are two classes of immunotherapy drugs that are used to treat some cases of Merkel cell carcinoma and melanoma.

Even though, there is no proven way to completely prevent skin cancers, managing some risk factors may help in lowering the risk of the disease.

When detected and treated early, non-melanoma skin cancers can have a survival rate above 95 percent. These cancers can be completely removed by surgery. The prognosis of malignant melanoma depends on the thickness of the tumor at the time of treatment. The survival rate decreases for advanced-stage skin cancers, when cancer has metastasized to other areas of the body.