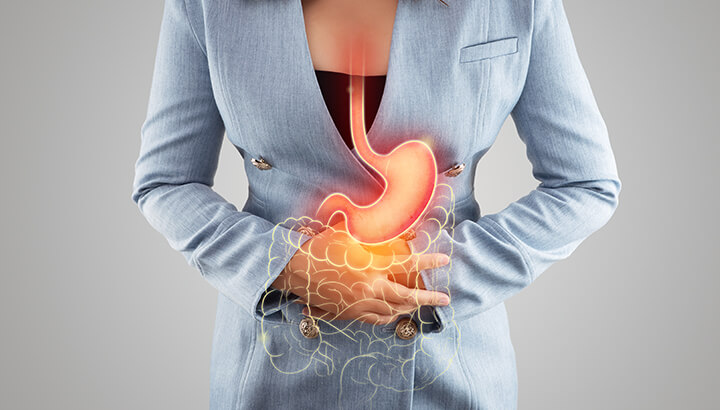 Stomach (gastric) cancer remains a major health concern in many countries. Each year, over one million cases of stomach cancer are diagnosed around the world. It is the seventh most prevalent, and fifth most diagnosed cancer in the world. Likewise, esophageal cancer is the ninth most common cancer and the sixth most common cause of cancer deaths worldwide. However, the incidence rates may vary according to region worldwide.

Typically, stomach and esophageal cancers are slow-growing cancers, where the symptoms may not appear until the advanced stages. Stomach and esophageal cancers are more common in men compared to women. They can occur at any age but are more common in people aged over 60 years. Many factors may influence the development of cancer, which may include genetic, immunologic, infectious, and environmental factors.

A brief overview of the stomach and esophageal cancer

The cancers that originate from the tissues of the stomach or esophagus are known as stomach or esophageal cancer. The esophagus and stomach are part of the upper gastrointestinal tract of the digestive system. The esophagus is a long, hollow tube that carries the food consumed, from the back of the throat to the stomach. The stomach is a muscular organ located on the left side of the upper abdomen. It holds food that enters the esophagus and initiates the digestion process by secreting acids and enzymes. The partly digested food enters the first part of the small intestine known as the duodenum.

Stomach cancer symptoms and esophageal cancer symptoms, in their early stages, may not be observed. If the symptoms occur, they are common to many other conditions and as a result, the cancers are usually diagnosed at later stages. It is essential to seek medical advice if there is a concern or when the gastric cancer symptoms persist for a long time.

Stomach cancer may be associated with pain or a burning sensation in the stomach. It may cause abdominal discomfort and indigestion with frequent burping. People with stomach cancer may also experience persistent bloating. When cancer develops in the esophagus, it may lead to upper abdominal discomfort, especially while eating. It is also associated with difficult or painful swallowing and hoarseness. People with esophageal cancer may also experience pain in the throat, behind the breastbone, or between the shoulder blades.

Other symptoms that are common for both the cancers include:

Several tests and procedures may be used in the diagnosis of stomach and esophageal cancers. The common tests may include:

Barium swallow test: A barium study is performed to examine the upper part of the digestive system such as the esophagus, stomach, and duodenum. During this study, the patient is asked to swallow a fluid containing barium that coats the inside of the organs and reveals any abnormalities present in the tissue on the X-ray.

Endoscopy: During endoscopy, a long, flexible tube with a light and camera on the end (endoscope) is passed into the mouth, down to the throat through the esophagus, and into the stomach. It helps to visualize and identify the areas of irritation or abnormalities.

Biopsy: If there are any suspicious findings during endoscopy, a special scope is used to collect a sample tissue for examination under a microscope.

Once the diagnosis of cancer is confirmed, further tests may be recommended to know if cancer has spread to the other parts of the body. This process is known as cancer staging, which helps to determine the treatment and prognosis. Such tests may include:

Endoscopic ultrasound: During this test, an endoscope with an ultrasound probe on one end is inserted into the mouth, down to the throat through the esophagus, and into the stomach. The sound waves produced by the ultrasound probe helps to determine whether cancer has spread into the esophageal wall, nearby tissues, or lymph nodes.

Computed tomography (CT): CT uses x-ray beams to create detailed cross-sectional images of the insides of the body. It is often used to evaluate the extent of the tumor spread to other parts of the body such as the chest, abdomen, and pelvis.

Positron emission tomography (PET): A PET scan uses a special dye containing radioactive tracers that mainly adhere to the cancer cells. A special camera is used to create a picture of areas of radioactivity in the body. Sometimes, a PET scan is combined with a CT scan to provide more detailed and accurate information about cancer.

Staging of the stomach and esophageal cancer

Stages of the stomach and esophageal cancers include:

Following are the esophageal and stomach cancer treatments, depending on the location and extent of cancer.

Surgery: Surgery is a common choice of treatment used to cure stomach and esophageal cancer. It aims to remove all cancer while leaving as much normal tissue as possible. Some of the healthy tissue around cancer may be removed to reduce the risk of cancer recurrence.

Gastrectomy: It involves the removal of a part or all of the stomach, leaving as much healthy tissue as possible.


Surgical procedures for esophageal cancers include:

Esophagectomy: It involves the removal of the tumor and part of the entire esophagus along with the affected lymph nodes, leaving as much healthy tissue as possible.

Radiation therapy: Radiation therapy involves the use of a controlled dose of radiation (X-rays and protons) to destroy the cancerous cells. It can be given alone or combined with chemotherapy (chemoradiation) for people with stomach or esophageal cancer. It can be used as the main treatment for cancers that have not spread to other parts of the body, or when surgery is not an option. It is used before the surgery to shrink large tumors and destroy any cancer cells that may have spread. Occasionally, the surgery may help minimize the chances of cancer recurrence, and relieve complications associated with advanced cancers.

Chemotherapy: Chemotherapy involves the use of anti-cancer drugs to destroy or slow the growth of cancer cells. They are either given alone or combined with radiation therapy. Chemotherapy alone is used for people unable to undergo surgery. It is used before the surgery to shrink large tumors and destroy any cancer cells that may have spread. It may be used after the surgery to reduce the risk of cancer recurrence.

Targeted drug therapy: Targeted therapy is designed to attack specific features of the cancer cells, thereby causing the cancer cells to die or stop spreading. They can be used alone or in combination with chemotherapy for advanced cancers or cancers that do not respond to other treatments.

Stomach and esophageal cancer cannot be prevented; however certain measures can help reduce the risk. They include: